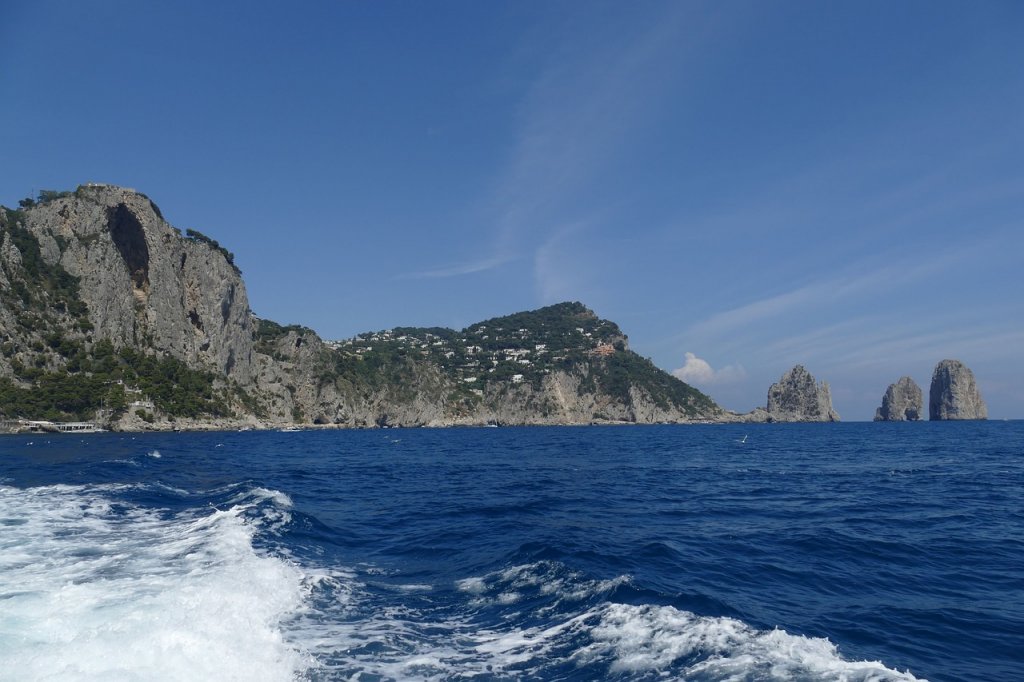 Here, we can provide you luxurious, hassle-free and private boat transfer from Naples to Capri for yourself and your loved one(s) – guaranteed to be quick, and comfortable during your journey in the sea up to the port. Pick up will be from Naples, and drop off in Capri. If you’re here in search of cove studded coastline and limestone crags, you’ve come to the right place…read on.

Charter boats from Naples to Capri: a journey through History and Nature

Beginning with Naples, which means “new city”, it is the 3rd largest city after Rome and Milan. It has a population of around 3.1 million residents in 2017. Naples was a melting pot of Greek and Roman cultures. Alongside with the fact that it played a major role as capital from year 661 to 1139 of the capital of Duchy of Naples, then Kingdom of Naples in the 13th an 19th century – much so, until the unification of Italy in year 1861.

Though widely destroyed during the World War II, Naples was rapidly reconstructed right from the get-go of year 1945. Spurred by huge economic growth off Centro Direzionale business area and an extensive transportation system, Naples has since become the 4th largest economic area following Milan, Rome and Turin.

In terms of UNESCO World Heritage site recognition, Naples is the largest historic city center in Europe with nearby attractions ranging from Palace of Caserta and Pompeii. Among the most famous attractions, there is the Duomo di San Gennaro (renowned for its frescoes).  Also, the Royal Palace and Castle Nuovo (a 13th century castle). Now that you’ve basked yourself with an upcoming privilege to be in-person against the rich background of Naples, we’d now move along to what would then be your boat journey to Capri from Naples – to explore on what makes Capri all so endearing to multitudes of visitors each year.

To begin with, the island of Capri is located in the south of Gulf of Naples in front of the splendid Sorrento Peninsula.

Major attractions of Capri include the Marina Piccola (a little picturesque harbour), Belvedere of Tragara (high panoramic front filled with villas). But that’s not all! In Capri you’ll discover the Faraglioni), Anacapri town, and the Blue Grotto. The last one is a cavern where the sea glows magnifying blue as sunlight penetrates through the cave. Also, there are the ruins of villas dating back to the Roman Empire era.

Surrounded by rocky landscape, it’s also a place for shopaholics from upscale designer brands to handmade luxury products.  In the summer, Capri’s dramatic landscape serves as melting pot to multitudes of yachts.