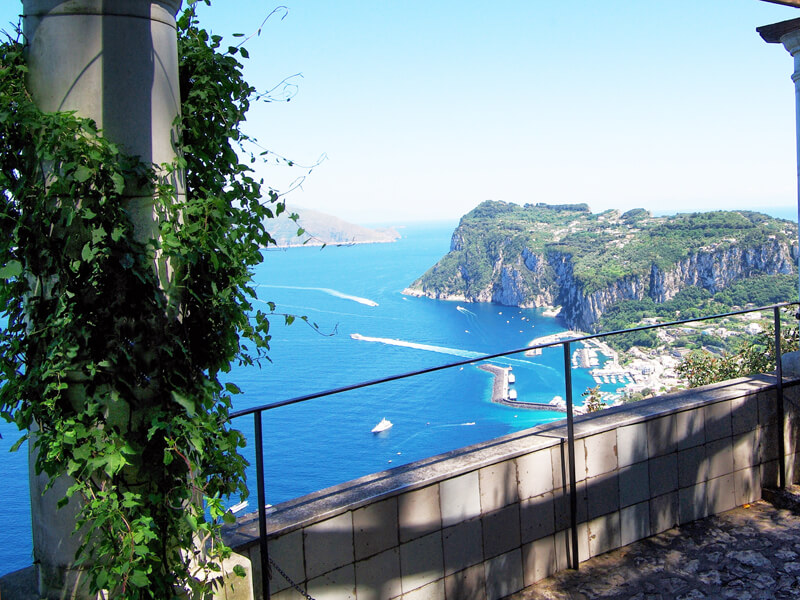 Villa San Michele on Capri is a truly extraordinary place. It is considered with reason a paradise on earth created by the imagination of a remarkable man, Axel Munthe.

It is suggested to take a good amount of time to visit Villa San Michele: the museum and the park have much to offer. Built originally on the ruins of Emperor Tiberius villa, the Swedish doctor Axel Munthe chose this stunning promontory to built something artistic, a place full of nature, enchantment and suggestion.

Walking in the park is possible to admire antiquities from allover, pieces from Renaissance and Etruscan time.

Numerous objects are located in every corner of the villa, divided in several main topics such as nature, life and death.

Let’s now find out something about the creator of this paradise on earth: Munthe was a doctor from Swede, the personal physician of Queen Victoria and the successful author of The Story of San Michele, a best seller translated in 50 languages.

The rich garden of Villa San Michele is about 300 mt above the sea level with a beautiful panorama of the Sorrentine Peninsula and Mount Vesuvius. Even if the garden of the villa is not particularly big, the variety of things that is possible to find in there are unique pieces of art and the plants and flowers variety make the view colorful and lively.

On the southern part of Villa San Michele there is Monte Barbarossa, where rises the Castello Barbarossa. The mount is pretty important for birds migration. It is a place where the flocks rest on their journey every spring. The Swedish doctor in 1904 bought the mountain mainly for this reason: to avoid haunts and protect the birds. The fortress now is a bird observatory.

Villa San Michele is definitely a pearl of the island, an undoubted example of art and natural beauty.